According to a lawsuit filed on October 14 in the New York State Supreme Court for Greene County, the town of Durham consented Blackthorne Resort to expand its recreation vehicle park illegally.

Durham, the Blackthorne Corporation, Dale and Roy Handel, as well as the New York State Department of Health, are named as defendants in the lawsuit, which seeks to overturn Durham’s August and September decisions to approve Blackthorne Corporation’s request to construct two bathhouses along with one dump station. They are designed to serve the current and future recreation vehicle sites at the East Durham RV park.

The suit seeks to stop construction at the site until they conform with the state’s environmental review, the town’s mobile home, and RV ordinances, as well as the town’s review of the site plans law.

The lawsuit claims that the town and Blackthorne conspired to evade the environmental review and the state’s Open Meetings Law.

The lawsuit asserts there is evidence that the “Town’s actions are precipitated by blatant favoritism shown to the Handels, due to the Handels’ political connections and the Blackthorne’s perceived economic impact on the Town’s economy.”

The suit asserts that because of the town’s supposed favoritism to Blackthorne in the past 15 years, the town has permitted Blackthorne to clear land, build, and manage hundreds of RV sites in the area “without proper permitting, and importantly, the legally mandated level of environmental review.”

The lawsuit also claims that the location of the RV campsites near the property of the plaintiffs has created an uncontrollable mess, and the town has been unable to “enforce its own ordinances, rules and prior resolutions on Blackthorne.”

The parties are scheduled to appear in Greene County Court on December 3. Adam Silverman, a jurist for the New York State Court of Claims, will be the judge. 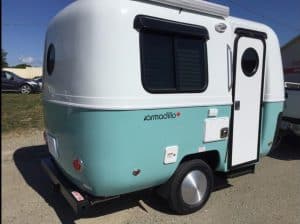