The controversial RV park proposal along the Platte River (Nebraska) might still have a chance.

As per a report, Brad Brown, a developer of high-end homes in the Omaha area, is expected to attempt next week to persuade the Valley City Council to approve his proposal to convert 92 acres of land along the river into an RV and airboat park.

Brown’s plan, which was rejected in June by the Valley Planning Commission, is scheduled to be presented to City Council on Tuesday.

Brown claimed that he and his team had revised the proposal.

“Over the past six weeks, we have worked hard to listen to the concerns of our neighbors and revise our development plan consistent with the Douglas County Comprehensive Development Plan for floodways (the river side of the levee),” he wrote. “We further researched and revised our development plan to be substantially similar to the recreational and camping areas created by the Papio-River Natural Resource District.”

Brown refused to reveal what changes he’s making and said that, as a courtesy to the Valley City Council, he would like to present his revised plan first.

The opposition is concerned that he may get favorable votes. They say the result could bring traffic, noise, and lower property values to their favorite riverside getaway.

“It is my understanding that the City Council is considering overturning the decision of the planning commission,” said Rich Tesar, who owns property nearby and is an elected board member of the Papio-Missouri River Natural Resources District. “We’re told our property values could go down 25 to 30%. And there is a lot of concern about the airboat noise — it will be like living next to an airport.”

The park will be situated along .75 miles of riverfront property where West Maple dead-ends at the Platte River. The site is immediately downriver from the residential area known as Sokol Camp.

Some critics say that the plan could increase the risk of flooding and violate federal regulations that prohibit construction in areas susceptible to flooding. This is because the RV park would be in the floodway, which is the area along the river that is most heavily regulated. 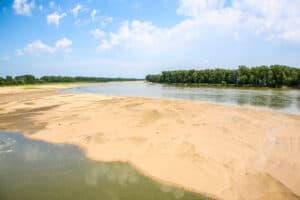 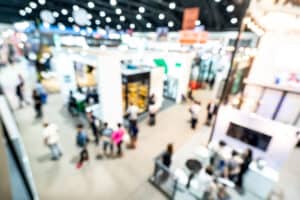 FMCA To Host RV Expo In Lincoln This August

FMCA To Host RV Expo In Lincoln This August

Send this to a friend
Hi, you might find this article from Modern Campground interesting: Nebraska Developer Gears Up to Win Approval for Proposed RV Park! This is the link: https://moderncampground.com/usa/nebraska/nebraska-developer-gears-up-to-win-approval-for-proposed-rv-park/