New Brunswick Tourism Yet To Return To 2019 Levels, Despite High Traffic

Tourism activity in New Brunswick has not returned to 2019 levels, despite some businesses in the province seeing higher-than-usual traffic.

Tourism operators in remote rural areas are being hit the hardest, while the labor shortage and inflation are making it hard for other businesses to operate, according to a report.

“In terms of the return of tourists, we have not recovered to the 2019 level, but it has been a very strong season so far,” said Tammy Scott Wallace, Minister of Tourism, Heritage and Culture.

“And I’m quite thrilled with it.”

Wallace said the strongest rebound of visitors is those traveling from Ontario, but the number of international visitors has decreased.

Howard Heans, owner of Hardings Point Campground near Saint John, said his business is seeing fewer travelers from the U.S.

“I’m close to the Calais border… I’m in American books and what not, and that traffic is non-existent,” said Heans.

He said the campground is mainly seeing weekend visitors. He also believes more people are renting sites for tenting instead of motorhomes, likely due to the rising cost of gas.

“We’ve seen a kind of a new visitor emerge, which is more of the millennial crowd, which is something that we never really identified as a strong tourism group,” said Wallace.

She said this new crowd of tourists seems to be more interested in urban cities, nightlife, and craft beer.

“We’ve targeted a lot of our marketing to them really for the first time, so that’s a fun demographic to see come to New Brunswick,” she said.

Wallace said areas including the Bay of Fundy and the Acadian Peninsula are seeing large numbers of tourists.

Wallace said the department is looking into incentives to help attract tourists to remote areas, including loan programs for tourism operators and buses for transporting tourists.

Karen Mersereau, co-owner of Hotel Paulin in Caraquet, said rising operating costs have made it hard to catch up with the financial burden the COVID-19 pandemic already had on her business.

“My hotel is heated by oil, and I think anyone out there that knows about the oil crisis knows what’s been going on with that.”

Mersereau said her hotel was built in 1891 and required ongoing maintenance.

“I have to restore, fix, patch up, paint… I can’t do any of that because soon I’ll be faced to pay back those COVID loans, and I have to have a cash flow to do that.”

She said even if she could afford it, she couldn’t find any additional workers due to the labor shortage.

The federal government offered businesses up to $60,000 in loans through the Canada emergency business account program between April 2020 and June 2021.

The loans are interest-free until December of 2023 when a fixed interest rate of 5%will take effect.

Businesses have added pressure to pay off their loans before December 2023. That’s because the government will forgive up to 33% of the outstanding loan if it’s paid in full on or before Dec. 31, 2023.

Sébastien Després, the owner of Le Moque-Tortue Bistro in Shediac, said one good season wouldn’t be enough to pay back his debts from the last few years.

“We indebted ourselves by a lot during the pandemic because we weren’t eligible for most of the [grant] programs. We were only eligible for the loans,” he said.

Wallace said the Department of Tourism has been lobbying for tourism operators and hopes to see some solutions to loan repayments.

Widespread staffing shortages are impacting the number of hours businesses can stay open and the services they can offer.

“Even at that, we still can’t find enough people to satisfy the demand,” he said.

Després said he is one of the only restaurants in the coastal town able to stay open for regular hours because he’s been able to grow a large enough team.

“Even though I’m open normal summer hours, I’m still not taking in all of the clients we can handle because I don’t have the team required to do that,” he said.

This article originally appeared on CBC. 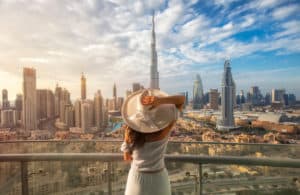 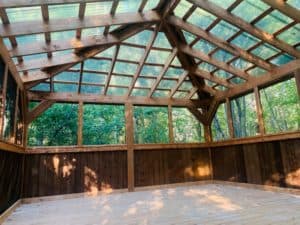 Send this to a friend
Hi, you might find this article from Modern Campground interesting: New Brunswick Tourism Yet To Return To 2019 Levels, Despite High Traffic! This is the link: https://moderncampground.com/canada/new-brunswick/new-brunswick-tourism-yet-to-return-to-2019-levels-despite-high-traffic/